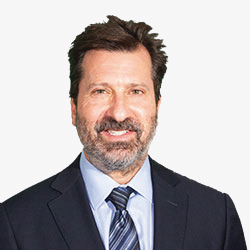 Joined American Industrial Partners in 2019. Served as Managing Director, Leveraged Acquisition Finance, at Morgan Stanley from 2011 through 2019, where he was head of the Global Industrials, Basic Materials, and Business Services industry verticals. Mr. Price also served as Co-Chair of Morgan Stanley’s Leveraged Finance Commitment Committee. Previously served as Managing Director, Global Leveraged Finance, at Bank of America Merrill Lynch from 2009 through 2011 and served as Managing Director, Global Leveraged Finance, at Merrill Lynch & Co. from 1998 through 2008. Prior to joining Merrill Lynch, Mr. Price served as a corporate associate at Wachtell, Lipton, Rosen & Katz and Fried, Frank, Harris, Shriver & Jacobson. Mr. Price graduated from Tufts University with a Bachelor of Science in Biology in 1986 and received his Juris Doctor from New York University School of Law in 1989.