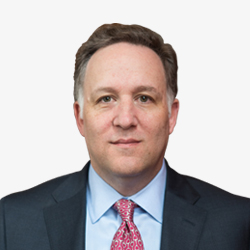 Joined American Industrial Partners in 2020. Served as Chief Financial Officer of Gardner Denver (NYSE: GDI) in 2019, where he additionally served as Senior Vice President of Strategy, Business Development and Planning from 2016 through 2019. Served as Vice President, Head of Financial Planning & Analysis from 2012 through 2016 and President of Europe, Middle East, and Africa from 2013 through 2014 for Capital Safety, Inc. Previously, Mr. Snyder served in various executive roles at United Technologies Corporation from 2007 through 2012, Hewlett-Packard Company from 2002 through 2006, and Ernst & Young LLP from 1997 through 2002. Mr. Snyder holds a Bachelor of Science in Accounting, magna cum laude, from the University of Southern California and a Master of Business Administration from Northwestern Kellogg School of Management. Mr. Snyder is also a Certified Public Accountant.